While I was talking to my dad about the digital camera, he also brought up the $6000 worth of teeth straightening that I asked for. Of course, I asked for it out of sheer cheek. I explained to him about Invisalign, and he wants me to get *actual* braces, which... I don't think I'm up for. I think I'd rather keep my crooked teeth than be a 23 year old with braces (no offense to any out there). Invisalign is much much more expensive (about $6000 total of which there has to be $3000 down, and insurance covers NONE of it). I don't think I'd be able to afford even half of Invisalign, but I don't think its my parents job to pay for teeth straightening at ALL at this point, and I don't want them to have to.

Have I mentioned how much I love Barack Obama?

If not, I love Barack Obama.

I don't think I've ever been this pleased with a presidential candidate. 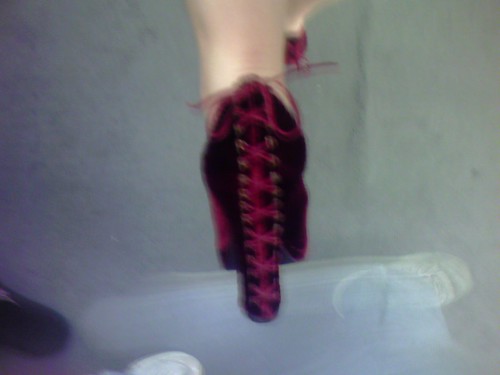