I woke up this morning around 10:30 to the sound of Padfoot puking. I got him some water and sat with him and pet him. After 5 minutes of not being able to stop, I drove him over to the animal hospital

They're not quite sure what's wrong with him, but the puking stopped. He's pretty good at not eating things that he shouldn't, and it didn't look like there was anything "extra" in there. No poisons in his system, nothing he would have choked on or choked up. No worms, nothing, Perfectly healthy. Just puking and dry heaving for a healthy 45 minutes.

I got really scared and started crying right there at Oakwood Animal Hospital. Lame, I know. I love my dog so much and it's scary that eventually he won't be around.

In all of this, I completely missed meeting my friend at the lake. The thought didn't even cross my mind until he called me when I was 10 minutes late. I had to walk out of the examining room to talk and I don't even know if he could understand me. I feel like an idiot. What sort of proper human doesn't at least call when they're going to be late?

I think I'll cuddle with Padfoot while thinking of ways to make it up to him. 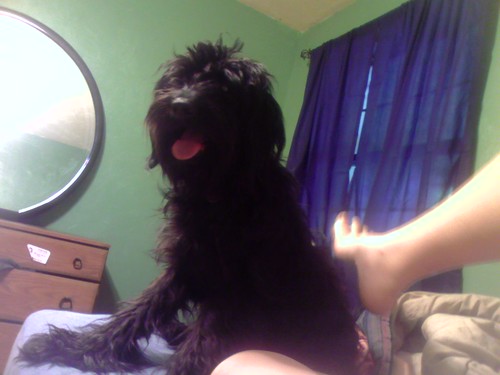 At least I know this wasn't the reason that Padfoot got sick.

" We've had these for awhile" 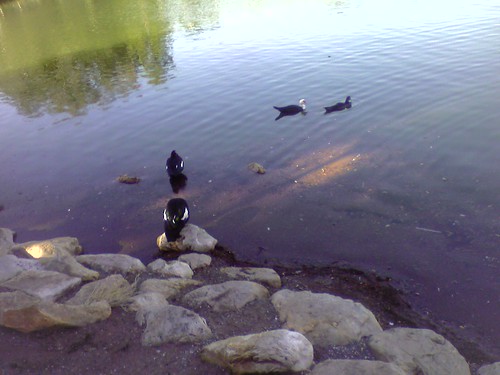