Spent the evening first with my sister, inflicting Jeopardy on her teenage soul.

Los Compadres buffet night, where I saw the quite elusive D.K.

And then a hilarious session of board games, which Tuberculosis (read: T.B.) joined us for, PANCAKE, and me peeing like six times. In four hours. Seriously.

I am proud to say that my pee is sparkling clear as water. Unlike other people's pee that looks like Mountain Dew. Just saying.

Jen is starting to show and it's exciting.
Wedding talk got underway for next summer.
I need a groomswoman dress. Or a girl's tux. Or Tommy (read: Tuberculosis) to wear a dress. I think I'm going with the first one. I'm thinking a black dress with a bowtie around my neck. Hottt.

Today I told T.B. (read: Tommy) that I used to have a crush on him. Finally.

Brian is back, safe and sound in Mesquite, Nevada.

After two and a half days on a greyhound (bus, not dog, in case anyone was wondering). 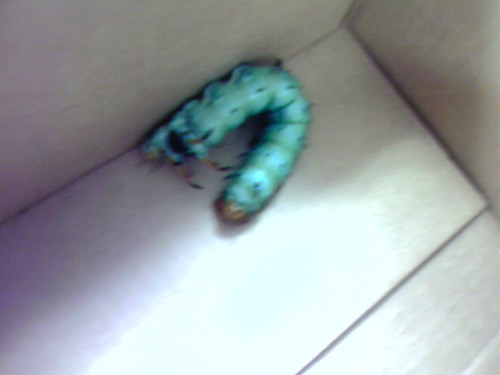 
It's about as long as a magic marker and maybe slightly fatter. It was found outside in Tallahassee, Fl. The shell is hard and slightly shiny, and moves kind of like the luggage carriers in baggage claim.

And its name is Fluffy.

Anyone have any idea what the heck this thing is?

I lost power this afternoon, around 6:30 or 7ish I think. The rain was coming down HARD and I couldn't see anything.

My mommy picked me up on her way home from work. It's never fun to be alone in the dark. So I got some ice cream and some fruit I had, and of course Padfoot, walked five feet from my door to my mom's car, and got soaked. I'm impressed with her driving skills. Slow it was, but we avoided many a puddle and got to their house in one piece. Mom, Deb, Aunt Diane and I (my dad is at a conference in DC) ate ice cream and fruit, and heard about my Aunt Diane's new apartment. She's moving out Sept 15th, into Londontown. Right near the pool, which I am of course allowed to use whenever :) PERKS. She's been living with my parents since February, and I was just starting to get used to her there. It will be interesting to see how her relationship with my family folds out, living in the same city but not the same house. I assume we'll see her about as much as we saw her when she lived in Atlanta. Well, the rest of them. I'll go over to use her pool.

After we were done with then Deb, mommy and I played Monopoly, ABRAMS STYLE. As in, corrupted. Deborah forgot to hand me a property that I may or may not have paid for, so she kept it, and I had to pay her $50 to get it. Deborah accidentally dropped a property and my mom picked it up, kept it as her own, and Deb didn't even realize. Chance and Community Chest cards were replaced by cards Vivi, Matthew and I made years ago, where you have to do the Hokey Pokey, go backwards on your next turn, or you get to exchange places with another player. Lots of fun ones in there. And of course lots of other corrupted happenings, of which I can't remember.

The electricity came on probably around 9 or 9:30. We continued with the game, but then Matthew called and talked to my mom, so Deb and I played for her. Very reminiscent of the days I used to play with Sally alone.

I'm not sure who would have won, but we quit shortly after I put hotels on the orange properties. Deb had a couple houses on the light blues, but other than that, there was nada, not even other monopolies. So I'll claim that I won. I <3 Monopoly.

My mommy took me home just a bit ago. I of course had to check LJ and e-mail, but I'm going to bed in just a few. I'm tiiiired.
Collapse