I spent the entire morning walking around downtown Orlando. Other than being a bit hot, it was nice. I like downtown areas. I have a bunch more pictures, but they're all just random stuff. I wish I took a picture of me in the MiniCooper i got to hang out in/drive (ish). And all the homeless people. And the dude who offered me weed and/or crack (he asked me if I wanted to smoke with him, and I said I didn't smoke, and he said "not cigarettes" (I said, "I still don't smoke")-- I assumed weed, but apparently according to Eric there are a bunch of crackheads around here, so that's possible too). Riiight. I also didn't remember to take a picture of the VERY phallic courthouse. Possibly more phallic than Tallahassee's capitol building. 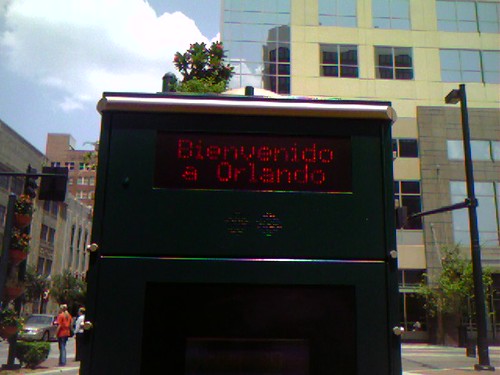 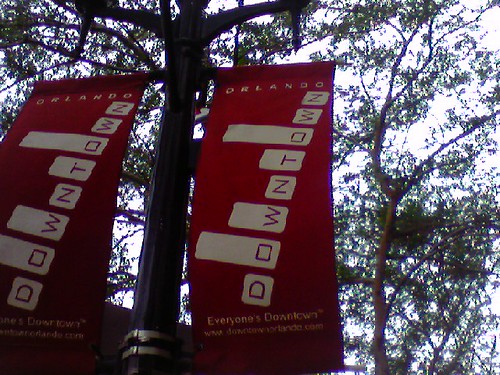 
Tabu! Lauren and Kim used to both talk about this place. 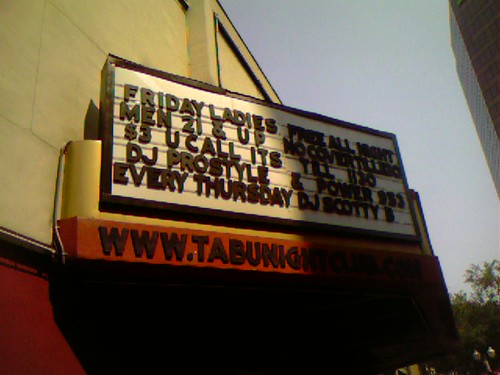 Pink car, baby. Want. This was parked next to me at Lincoln Plaza. 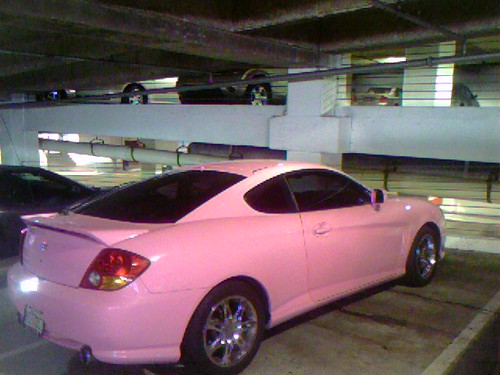 
Um yeah, no water. DO NOT DRINK. Considering how often I've said that recently, it was neat to see it on a random bar. 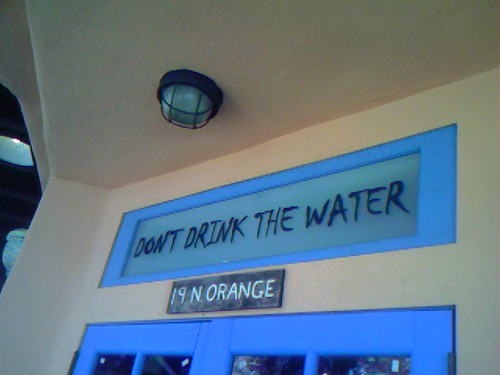 
These shoes were pretty fantastic. They were on display in a CityArt gallery or something. 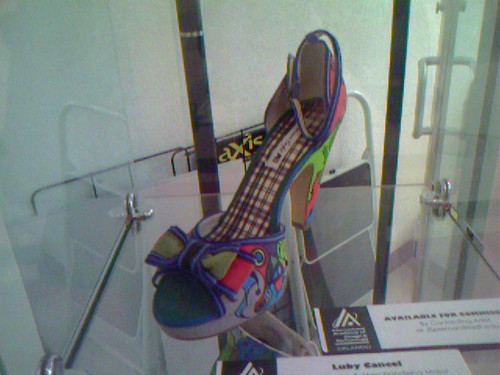 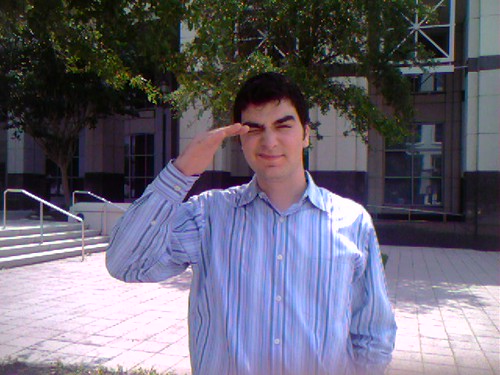 
Who took me to Cafe Annie 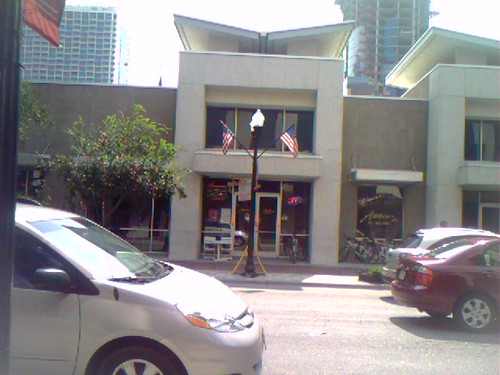 
Which had an awesome ceiling... 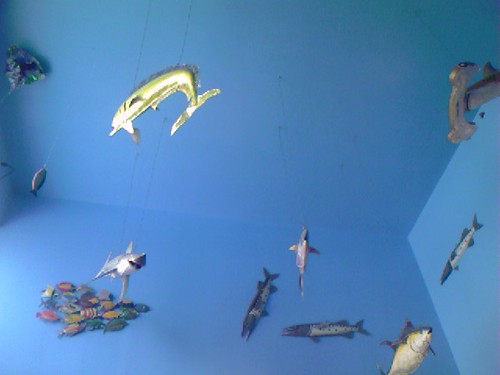 
This was in a Valencia Community College annex -- the mannequins were wearing clothes related to each of their programs. There were about 15 total, but here's a few: 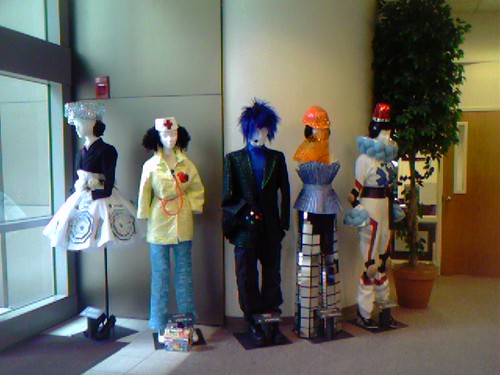 teenonfire4lord is being a punk and not answering his phone, and

anditut is apparently ignoring me,

silicon_jesus is busy, and Gay!Matt works all day, so next on the menu is some nice outlet shopping :) Aloooone.
Subscribe